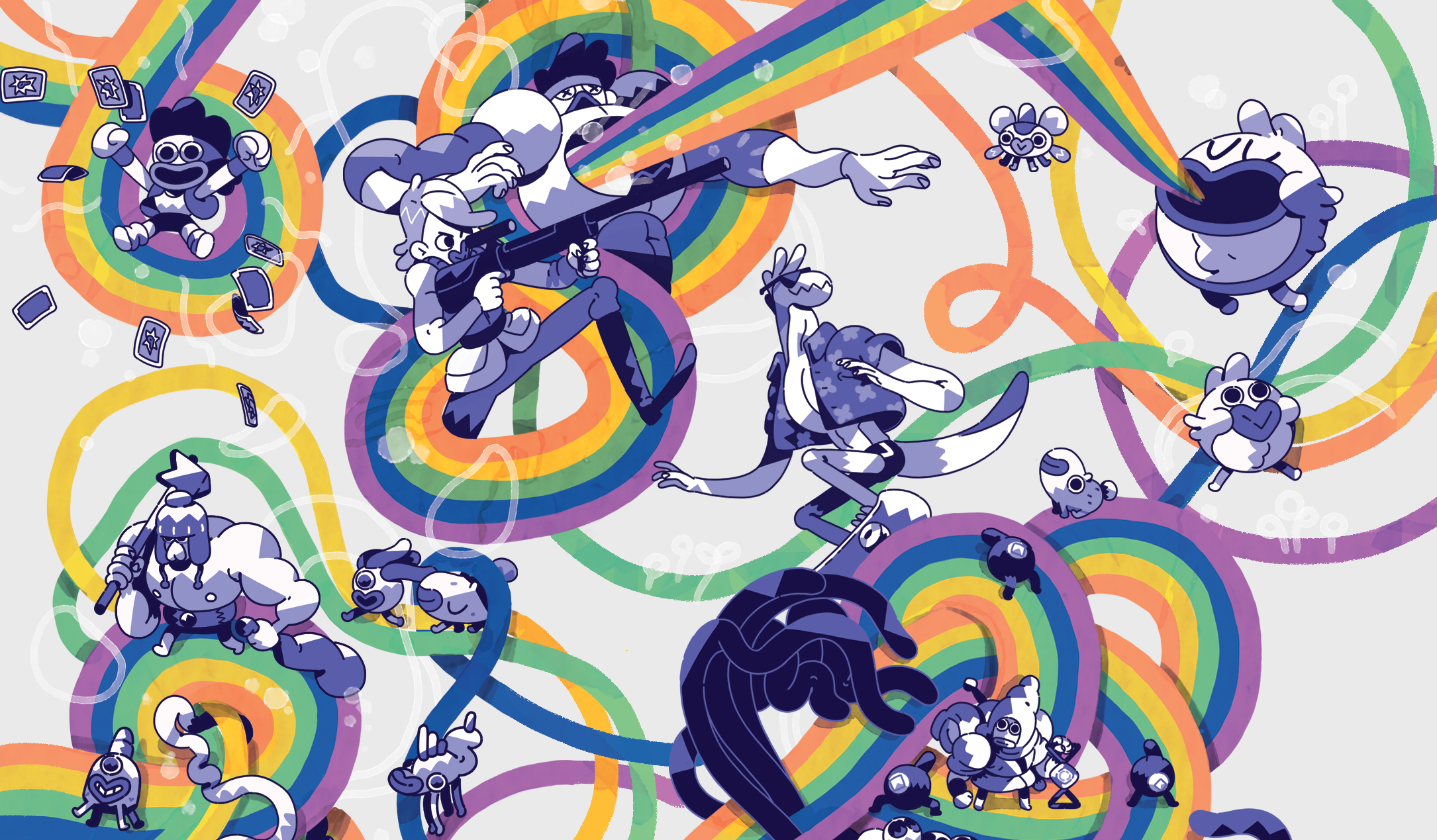 Founded in 2003 in Toronto, Capybara Games (aka "CAPY") is an award winning, independent game development studio. Starting out in the early days of mobile gaming, Capy helped spearhead the indie games movement and has become known for mobile, PC, and console favorites such as Superbrothers: Sword & Sworcery EP, Might & Magic: Clash of Heroes, Super Time Force Ultra, Critter Crunch, and BELOW. Their latest release is the acclaimed puzzle-battler Grindstone which was launched in partnership with Apple Arcade and received numerous awards nominations and best-of-the-year mentions.

There are far more images available for Capybara Games, but these are the ones we felt would be most useful to you. If you have specific requests, please do contact us!

Jim Guthrie, Composer
BELOW and Superbrothers: Sword & Sworcery IP were both scored by award-winning composer Jim Guthrie. These soundtracks are available on Bandcamp and Steam jimguthrie.bandcamp.com.

Sam Webster, Composer
Grindstone's lauded soundtrack was composed by Sam Webster, and is available to stream or purchase online. bysamuel.bandcamp.com.

presskit() by Rami Ismail (Vlambeer) - also thanks to these fine folks